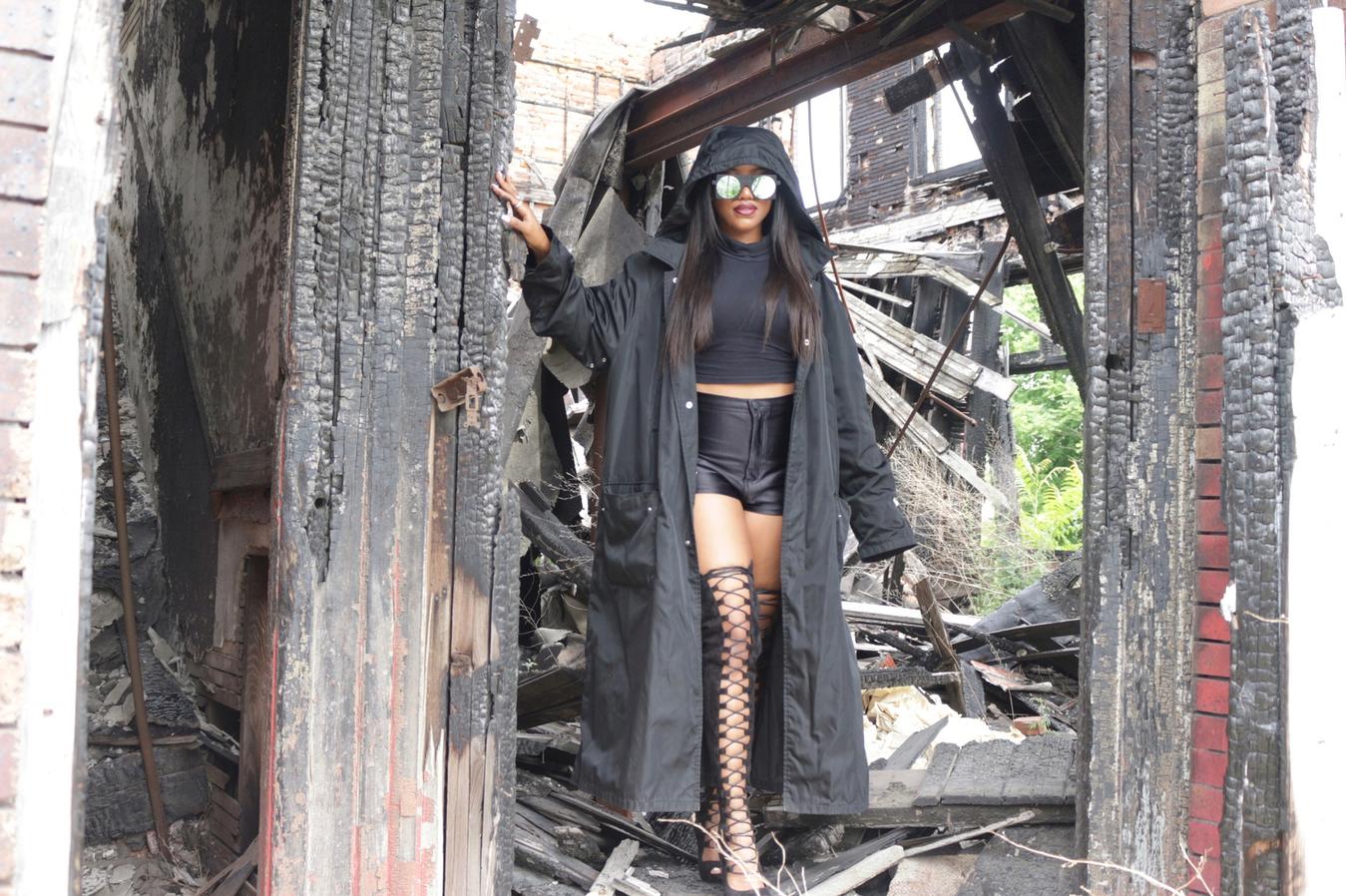 Milan Ariel is a singer, songwriter, and performer who fuses hip-hop, techno and nu-soul to create modern pop music grounded in the sonic heritage of Motor City. Her debut single 'The Entertainment', blends electronic beats with a sensuous vocal that will set spines tingling.

Born in Detroit, Milan Ariel has music in her veins: “I learned to braid on the cords running from my dad's mixing desk.” Her father is Detroit techno icon Juan Atkins and Milan Ariel grew up immersed in techno, electro and funk. She also soaked up pop, hip hop and soul.

Like her idols Aaliyah and Erykah Badu, Milan Ariel always wanted to sing. “I was writing songs for myself when I was six years old.” One of these early compositions was so good her older cousin “borrowed” it to perform at a school talent show. “My aunt found out and made her bring me on stage and announce that it was my song.”

After that impromptu debut, Milan set aside song-writing to concentrate on school, but music was part of the fabric of her life. She went to her dad's gigs when he played in Detroit, and begged to travel with him. “He never took me on the road, but he brought me back little gifts.” Her favorite was a silver ring engraved with her star sign, Scorpio. She wore it for years, then got the Scorpio symbol tattooed on her wrist.

In similar fashion, she took her father's gift of music and transformed it into something uniquely her own. “My parents are laid back. I never had any pressure to do this or that,” she says. “It made me independent and willing to do things on my own.”

This independence manifests in every part of Milan Ariel's music career. At Wayne State University she studied music and business to gain a solid understanding of the industry. She honed her networking skills by tending bar part-time, and picked up styling tips from YouTube tutorials. Two months after graduating she released her first EP, 'Love Dreams', which features a mix of R&B and electronic tunes. She did it all herself, including the videos, which she likens to a “huge art project”.

Milan Ariel hasn't paused since. Hard-working and fearless, she started performing her original songs live at local venues. “I was nervous at first. It's kind of like 8 Mile,” she says. “But once people listen, they're cool.” She is equally at home dropping songs at the Hip Hop Shop, where she's had a Saturday night residency, and performing to hordes of techno heads at Detroit's legendary Movement festival.

In January 2017, Milan Ariel began producing a series of "music films," featuring her own musical compositions, and cinematography. The 12-release series is collectively called Twelve Moons, as the first song and video was posted on the New Moon, January 28, 2017. She continued to release each consecutive video on her youtube channel (Milan Ariel Atkins) near the end of each month of the 2017 year. The complete Twelve Moons audio album, as well as 2051 Bonus Beats, a collaboration between Milan Ariel and Model 500, is now available on all major platforms.

Her goal as an artist is to combine mainstream pop with underground electronica because, “Not many people have accomplished that yet.” Milan Ariel also wants her career to be a positive example of what women can achieve through education and determination. “I love to see African American women prevailing in any industry,” she says. “I want to be able to reach out and help other women and girls who are trying to make it. I want to create a network, not a competition.”

Since the Covid-19 Pandemic hit in early 2020, Milan Ariel took time at home to hone her skills as a DJ. Performing for multiple live streams and socially distanced events throughout the year, she has truly begun to blossom into her inherited title as the Princess of Techno. "I love to create songs and write lyrics that make you think, but my favorite DJ style is really Techno." As she continues to quarantine at home in Detroit, stay tuned for some anticipated DJ mixes, and new original music, from the multi-talented musician.